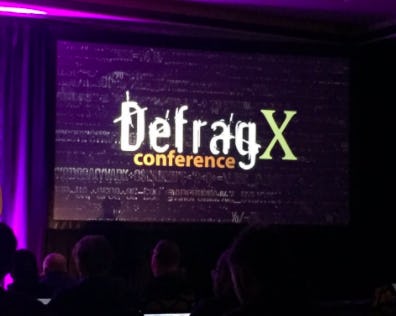 I was honored to give a talk at Defrag X on “The cultural changes of feature flags vs feature branching”. Feature flags initially enabled developers to separate deployment from release. Now an entire organization (product, marketing, sales, customer success) can shift from a waterfall way of thinking to a more iterative, customer- centric release. Afterwards, I was thrilled by how many people came up and said they appreciated my talk.

Thanks to Defrag for ten years of great conferences, with even a bonus snow appearance.