A Commitment to Diversity: Reflections on GHC 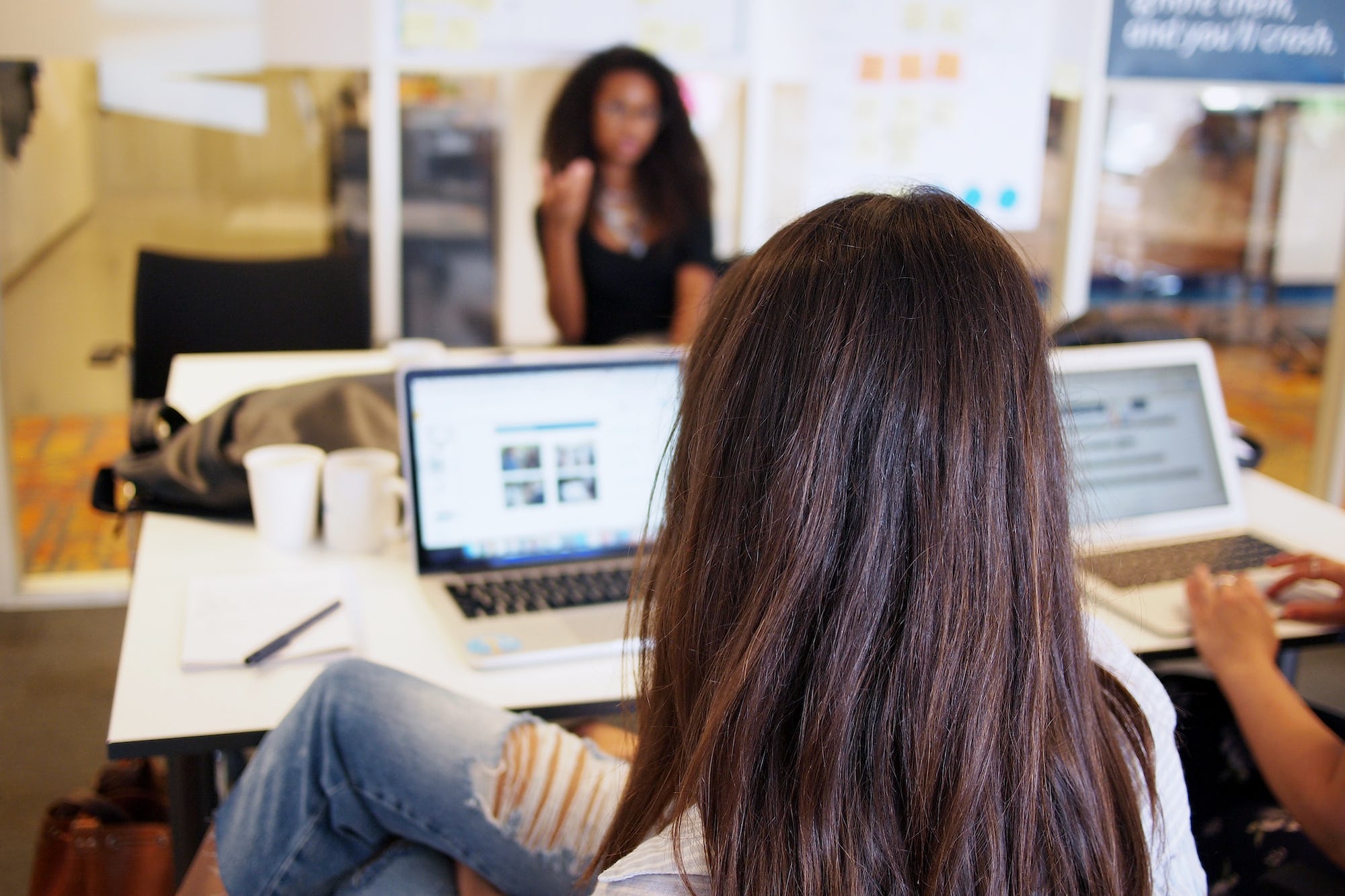 Diversity in technology has never been a more prominent issue than it is today. It seems every week there is an article or blog post decrying the lack of women and people of color in software engineering, or on the other side defending the gap.

I recently attended Grace Hopper Celebration (from here on out to be abbreviated GHC, not to be confused with the Haskell compiler) in Houston, TX—I had a blast and learned a lot. Upon reflecting on the conference, and my experience now two months into my first software engineering job at LaunchDarkly, I wanted to share a smattering of thoughts with you as a woman in tech. Note that not all of my thoughts directly relate to diversity or women's issues, although my perspective is likely influenced by my identity.

A pervasive problem I've witnessed in tech is people not wanting to admit when they don't know something. At GHC, I was refreshed by the intellectual honesty on display when people struggled with a new topic.

For example, at an Intro to Quantum Computing lesson people were honest about being lost. Very few people had experience with Q# and quantum computing, and as a result of people admitting their shortcomings, we were able to progress further as a team. Contrast that to a recent Meetup in the Bay Area about a similar topic—no one admitted they were lost until we were asked to code something, and by then it was much harder to wade through the confusion and make progress learning.

At LaunchDarkly I have experienced similar intellectual honesty, one of the many facets of our outstanding engineering culture. There are a few aspects of our company culture that I believe contribute to this, namely empowering employees' voices and blamelessness.

Empowerment at LaunchDarkly has happened in a number of ways. Some have been subtle gestures like handing me a whiteboard marker 3 days in during my first sprint retrospective, so that I could vote on what went well and what could be improved. Some have been bolder, like leadership reaching out to me after launching my first feature to present it to the whole company.

Intellectual honesty at LaunchDarkly is also supported by a culture of blamelessness. When things go wrong, the goal isn't to find who is responsible and punish them, but to apply our learnings. This recognizes that multiple steps break down when failures happen, and so team members are comfortable and quick to admit errors, jumping at the opportunity to building more robust systems. This and the actions of my colleagues make me feel like my voice matters, creating a positive spirit of inclusion and empowering me generally to speak up.

Back at GHC, all of my favorite moments happened during workshops. Most conferences are jam-packed with these, so though not exclusive to GHC, a nice feature of GHC is that topics cover the entirety of computing. The broad term "women in technology" weaves a variegated tapestry.

One highlight was "Building the Cloud: One Server at a Time," in which we disassembled and then reassembled a server, learning about hardware features that make up the servers we use virtually on the cloud. In my team, none of us had ever built a computer and had varying levels of hardware experience. Regardless, we worked swiftly and ended with ample time to commemorate the experience with selfies. I like to think this was in part because we worked comfortably, in every aspect, including comfortability asking questions. None of us were burdened by the hesitation to ask a question or with fear that our inexperience reflected poorly on our entire gender. I think in part because it was a woman on the other side of the question with the experience to answer.

At LaunchDarkly, we are crushing it when it comes to setting up our learning sessions to be just as welcoming. For one, with our CEO Edith Harbaugh at the helm, it's empowering to know that there's a woman on the other side of our company's most important questions. But ultimately I believe what counts towards a conducive learning environment isn't the gender of the teacher, but their ability to relieve my hesitation by making my questions feel welcomed and unjudged—and that's where LaunchDarkly succeeds.

One thing I would have loved to have seen more of was interest in diversity beyond gender. Although the celebration champions the virtues of diversity, an overwhelming number of companies were looking exclusively for women within the same value signaling mould. It was disheartening to see companies reluctant to interview friends with 4+ years of engineering experience unless they had CS degrees from top universities. In one particular case, a friend was invited to interview after discussing her experience at Apple with a recruiter, but during the interview was told that the company did not know how to move forward as they don't interview people from non-traditional backgrounds. Although these stories are more representative of problems with the industry at large than GHC, they were surprising given the context.

At LaunchDarkly, I feel truly fortunate that the team follows through with their commitment to diversity. Not only do I have a non-traditional background in many senses, but I work with at least one very talented, self-taught, female engineer. Our commitment to diversity doesn't stop there either, the company advocates for diversity in all of tech by supporting the local Oakland community with an internship program, hosting several community events, and enabling engineers to spend multiple hours a week volunteering to teach coding at under-resourced schools, just to name a few. At LaunchDarkly we're not just playing lip-service to diversity, we're following through at every level.

When I joined LaunchDarkly, I felt incredulity at my situation: a fresh bootcamp graduate with very little experience or background computer knowledge sitting in a room of talented and experienced engineers, building an engineering-focused product. My manager Zach said to me, about interviewing, "It isn't what you know, but what you can do with what you know." That got me thinking about some of the typical barriers to diversity.

Then, at GHC, I witnessed this general idea play out many times in the learning sessions. Session leaders would go out of their way to make their talks accessible to different experience levels, even if the talk was very advanced. There wasn't the usual assumption that if you didn't know, for instance, how a GPU worked and why it was the hardware of choice for deep learning applications over a CPU, that this lack of knowledge implied lack of intelligence, or even lack of knowledge in other technical topics.

These experiences led me to realize what really matters when it comes to working with people from a different background than you—it's their ability to learn and make the most out of what they know. Not presuming incompetence when dealing with people who have different background knowledge than you is key to creating equity for people of diverse backgrounds. Why? Because our current social structures make it much more likely that women (or immigrants, or people from lower income brackets) will have had less exposure to building their own computers, tinkering with hardware, reading Hacker News, etc, than the stereotypical Silicon Valley engineer. However, it became clear to me at GHC that those things don't mean they won't be phenomenal additions to the team, and I'm happy LaunchDarkly already knew that.