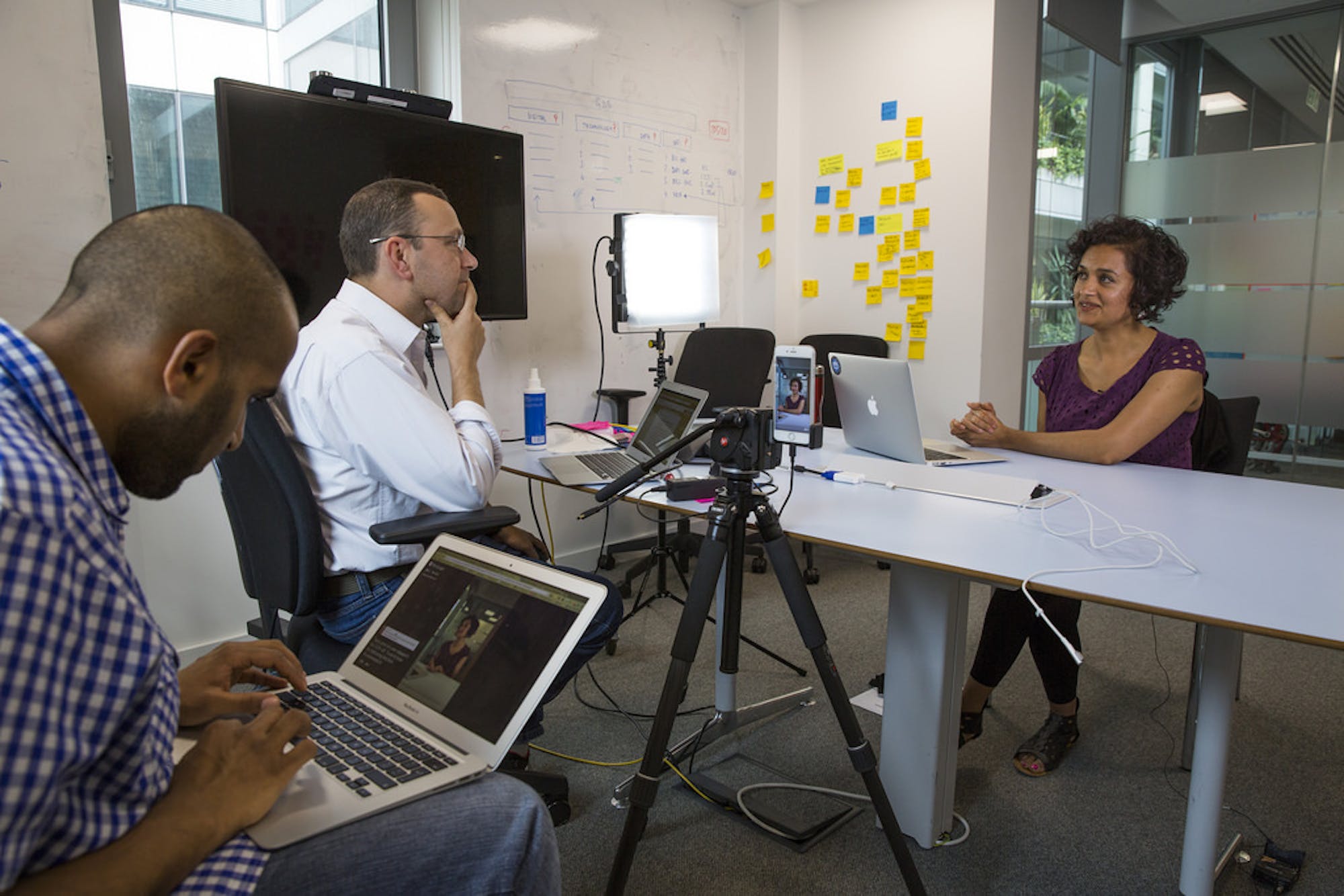 Conducting research using your live product sounds pretty crazy right? It seems almost backwards and counter-intuitive. Why would you go through all this trouble researching, designing, and building a new feature to just repeat step 1 (research) again?

There are two primary ways to approach contextual observation:

As a developer or product manager, you may see live contextual observation as risky or just a semantic way to frame a normal launch. ""Well, what if the feature breaks?"" ""How is this different than normally launching a feature?""

The answer is that normal feature release cycles do not let you:

This is where feature flag driven development (FFDD) comes into play. FFDD lets you wrap your feature in a flag so you can control its life cycle from development to QA and production. This allow you to control rollouts, target users, and control your feature's visibility throughout development. More importantly, it mitigates risk by allowing you to continuously deliver features without worrying about user rejection and performance degradation. Everything you release gets placed in a flag, so you can toggle it on or off to whomever you want, when you want.

Imagine the power of flagging for contextual observation. For example, you can get real user feedback by gradually rolling out a new 'one click checkout screen' to 5% of your users. Let's say your users love the feature and you see sales increase by 20%. Cool! Now you can increase the rollout to 20%... 50%... 100% and measure impact along the way. However, let's say your users hate the feature. In fact, the new 'one click checkout' is drastically increasing accidental purchases which is hurting your bottom line and frustrating your users. No problem. Since you only had it rolled out to 5%, you can simply roll it back to 0% while you reassess the feature and try to improve the user experience.

Contextual observation using feature flags is a practice that leading product teams use to launch features like Google, Facebook, Amazon, Quora, Asana...and many more. For modern UX, where users want the latest and greatest features instantly, contextual observation cultivates more usable software that can be delivered quickly and safely.