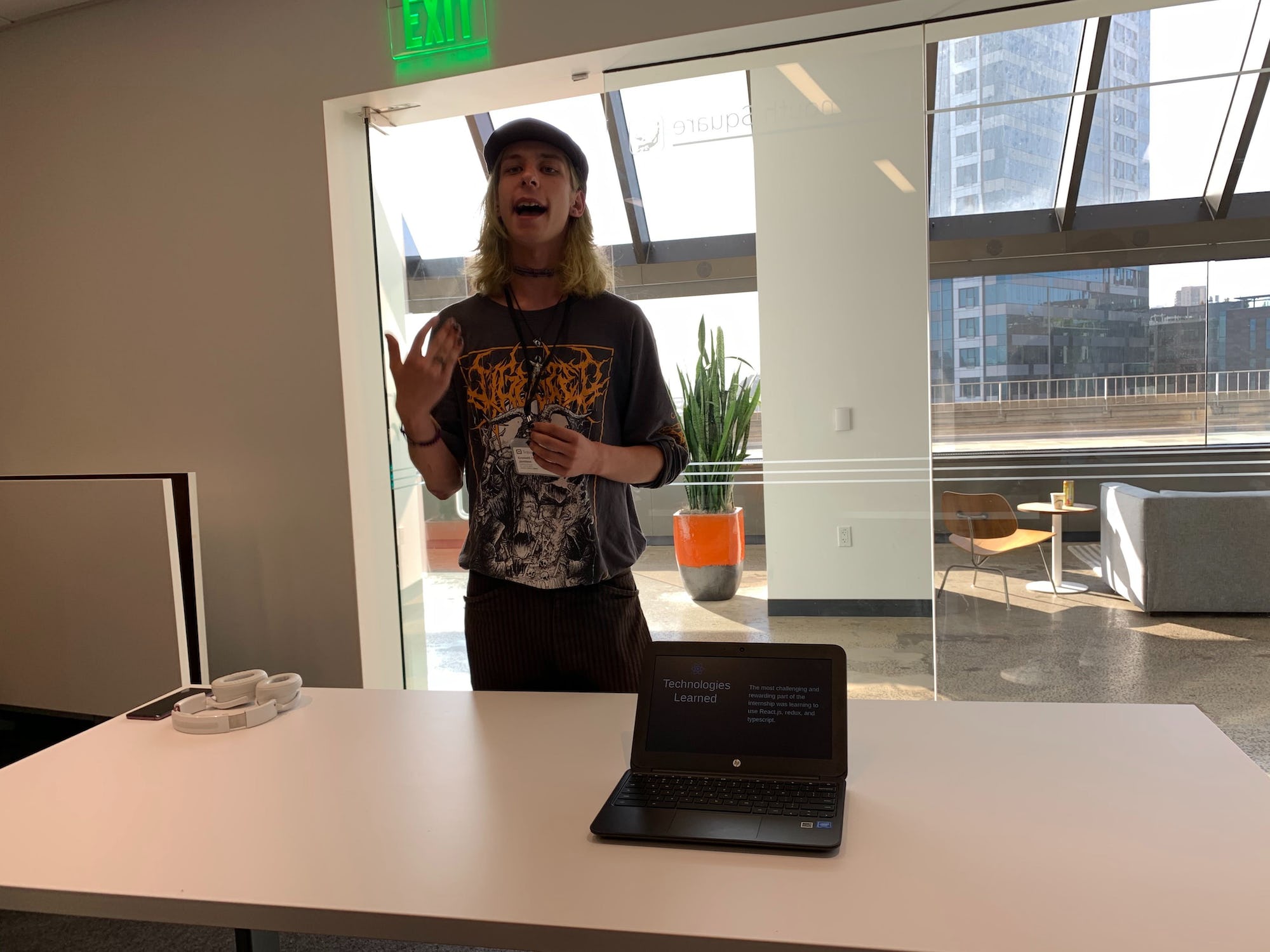 My name Is Titan Jamison. I graduated high school this year, and am going to be attending the University of San Francisco (USF) as a computer science major this fall. Through an organization called Code Nation, Kailin Ke and I had the opportunity to spend the summer developing technical and professional skills with industry professionals at LaunchDarkly.

CodeNation is an organization that teaches classes about the fundamentals of HTML, CSS, and Javascript at public high schools in San Francisco and New York. They also teach advanced classes at established tech companies that are precursors to tech internships. I have always been interested in tech because of how it combines elements of teamwork, problem solving, and creativity. My time at LaunchDarkly has substantiated my interest in tech and made me more resolute on majoring in computer science at USF.

LaunchDarkly provides an innovative addition to software version control using feature flags. The technology makes the process of deploying an app substantially more consistent, error-free, and stress-free for both the developer and the consumer. The two co-founders, Edith Harbaugh and John Kodumal, have a passion and enthusiasm for the technology that is shared by the whole company. A prevalent perception of office or work culture is that there is a minority of people with a majority of power that give everybody else soul-crushingly mindless tasks to do all day. LaunchDarkly explicitly breaks this mold in everything that they do. A part of LaunchDarkly's values that became increasingly apparent as I got to know the people integral to the company is:

We believe in teams not fiefdoms,
Leaders not tyrants

The projects that I worked on were for internal applications used by LaunchDarkly employees. One was a landing page for LaunchDarkly's React component style-guide, and the other was adding a bookmarked and recently viewed accounts section to an application that LaunchDarkly employees use to look at to look at customer data. The importance of the functionality of these features was clear to me because they were going to be used by people in the company everyday.

For both of the projects there were frameworks I had to learn before I could work on them—including React, Redux, and Typescript. The learning experience was made stronger and more valuable by the fact that I was able to see a real world example of how an app uses these technologies, as well as use LaunchDarkly's own feature flags during the development process.

Before starting a project we would have a learning session on the relevant topics. Then we would be told the problem we intended to address in the app before being given the freedom to plan what we thought the best way to address it was. It is obvious to anyone who walks in their doors that the attitudes and actions of the folks at LaunchDarkly aggregate to affirm their core values of teamwork, respect, and growth.