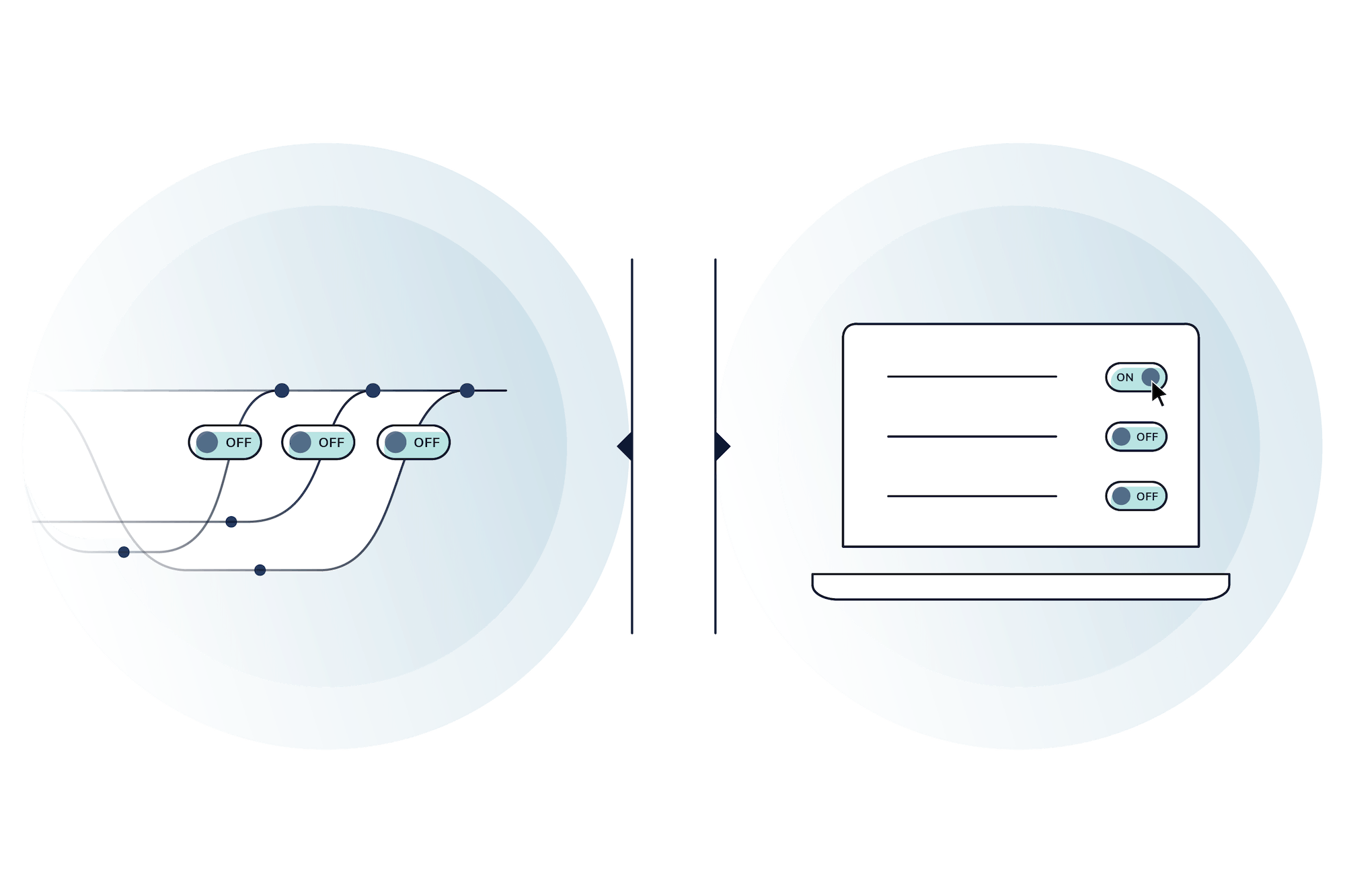 For software development teams, a thorough release management plan is the difference between a smooth launch and a frantic scramble where you’re putting out fires all day.

In this article, we’ll outline the five phases of releasing software, explain the essential roles in the process, and share best practices for a successful launch.

Before unpacking each best practice, let’s cover the basics of release management.

What is release management?

Release management (sometimes called deployment management) is the system that helps you control the entire software development life cycle—from planning to testing to release. It’s the framework that keeps your team on track so you can ship fast and rest easy.

Whether you’re examining release management through the lens of ITIL (IT Infrastructure Library) or DevOps, the end goal is the same. The main difference is that in ITIL, IT operations teams tend to work in a silo while in DevOps, all teams collaborate from the beginning—this enables shorter feedback loops and faster releases. Deployment processes, of course, differ between teams employing Agile vs. Waterfall methodologies. In this article, we’re promoting an approach to software release management that aligns with modern DevOps practices and enables teams to achieve Continuous Integration and Continuous Delivery (CI/CD).

The specifics of release management will vary depending on your unique needs. But before we dive into the details, let’s outline the five phases of a software release.

5 phases of a software release

Most development processes can be broken down into these five key phases.

1. Define specific requirements for the release

Let’s say you’re planning a new release within an existing software product: a one-click checkout feature. One requirement might be that this new version is functional on both desktop browsers and mobile devices.

Based on the requirements you defined in step one, you’ll set testable standards for each one. Continuing with our one-click checkout example, acceptance criteria might include:

3. Test your software in production

Traditionally, software teams push their product to a test or staging environment that replicates a real production environment. But a more reliable (and less risky) method for testing products is by dark launching (i.e., testing in production), which lets you release features to a small group of real users prior to a full release. The best way to dark launch is with feature flags, which enable or disable functionality remotely without deploying code.

If you dark launched the one-click checkout feature, you would enable it for 1% of your end-users, then 5%, and 10%, etc., tracking performance along the way.

4. Iterate and refine your product

5. Release your product to end-users

After sign-off from your quality assurance (QA) team, it’s time to go live. Note: if you’re dark launching, feature flags let you separate software deployment from software release. This allows developers to ship code to a production environment, after which a product manager can release that code to end-users at the right time.

This decoupling of deployment from release allows companies to set the pace and give customers time to adapt. It’s also an effective way to align your software release policy with your change management and configuration management policies. Lastly, it increases developer productivity by a wide margin.

Caption: Developers can wrap code in feature flags, keep the flag in the OFF position, and then merge that code to the mainline and deploy to production whenever they want. Then, when they're ready, they can toggle the flag to ON and release the code to end-users.

As development teams are under pressure to roll out new features faster and more frequently than ever, having the right personnel in place is critical for your release management strategy.

Let’s take a closer look at the following pivotal roles and what each one is responsible for:

A release manager sets the pace for software rollouts and ensures customers have all the resources they need. Additionally, they are responsible for getting all stakeholders in sync—from leadership to operations teams—to ensure a successful release. They also may oversee the creation of training materials for customers.

See how release managers at iCIMS use LaunchDarkly to control the pace at which they release new functionality to customers.

The primary responsibility of this role is establishing the requirements and acceptance criteria we mentioned in the previous section. Product owners are the bridge between the product and the business.

As the title implies, the quality manager oversees testing to determine whether software passes acceptance criteria without false positives or negatives.

In release management, the DevOps team controls the entire lifecycle of a feature from design to development to production support.

There is no one-size-fits-all approach when it comes to release management, but you can ground yourself in principles that apply to all teams.

Relying on subjective feedback to evaluate your release is ineffective. Instead, establish key performance indicators (KPIs) that can be objectively tracked—whether that’s a number of downloads or an error rate. Standardizing success ensures all of your team members stay on the same page.

Rolling out new software to a massive user base all at once is a risky move. One glitch can unravel all the hard work you’ve done. Dark launching, on the other hand, lets you test new features on 1% (or less) of your users instead of 100%. As we mentioned earlier, the most efficient way to dark launch is with feature flags that let you turn functionality on or off with one click.

For a deeper dive into leveraging feature flags in your release management strategy, check out this guide.

3. Automate, but do it safely

Automation (when implemented correctly) reduces human errors and frees up your team to spend more time on creative, high-impact projects. LaunchDarkly’s Feature Workflows was built to automate manual tasks throughout the software release process for teams of any size.

Caption: Feature Workflows in LaunchDarkly automate and safeguard changes to your features via capabilities like Scheduling, Approvals, and Metric Checks.

Learn more about how to automate and safeguard your release management process with Feature Workflows in LaunchDarkly.

You can’t improve what you don’t measure. Make sure to set up monitoring to track your software’s performance before, during, and after your release. These metrics can include, but aren’t limited to load time, error rate, downtime, uptime, conversions, and opt-ins. When releasing new features, you can also run experiments and track metrics on those features with LaunchDarkly’s Experimentation Add-on. And you can export experimentation data and feature flag metrics to any analytics tool of your choosing via LauchDarkly’s Data Export Add-on.

Equip yourself with the right release management tools

With the rise of Continuous Integration and Continuous Delivery, DevOps teams are under pressure to speed up the release cycle without sacrificing quality. A good release plan helps you achieve both, but you need the right tools to make it happen.

LaunchDarkly is an enterprise-grade feature management platform that gives you total control over your code so you can ship quickly and reduce risk. With sophisticated targeting capabilities, a clean UI, real-time control, and enhanced security, you get an end-to-end solution that optimizes your release management strategy so you can reclaim your nights and weekends.