What Are Feature Flags? 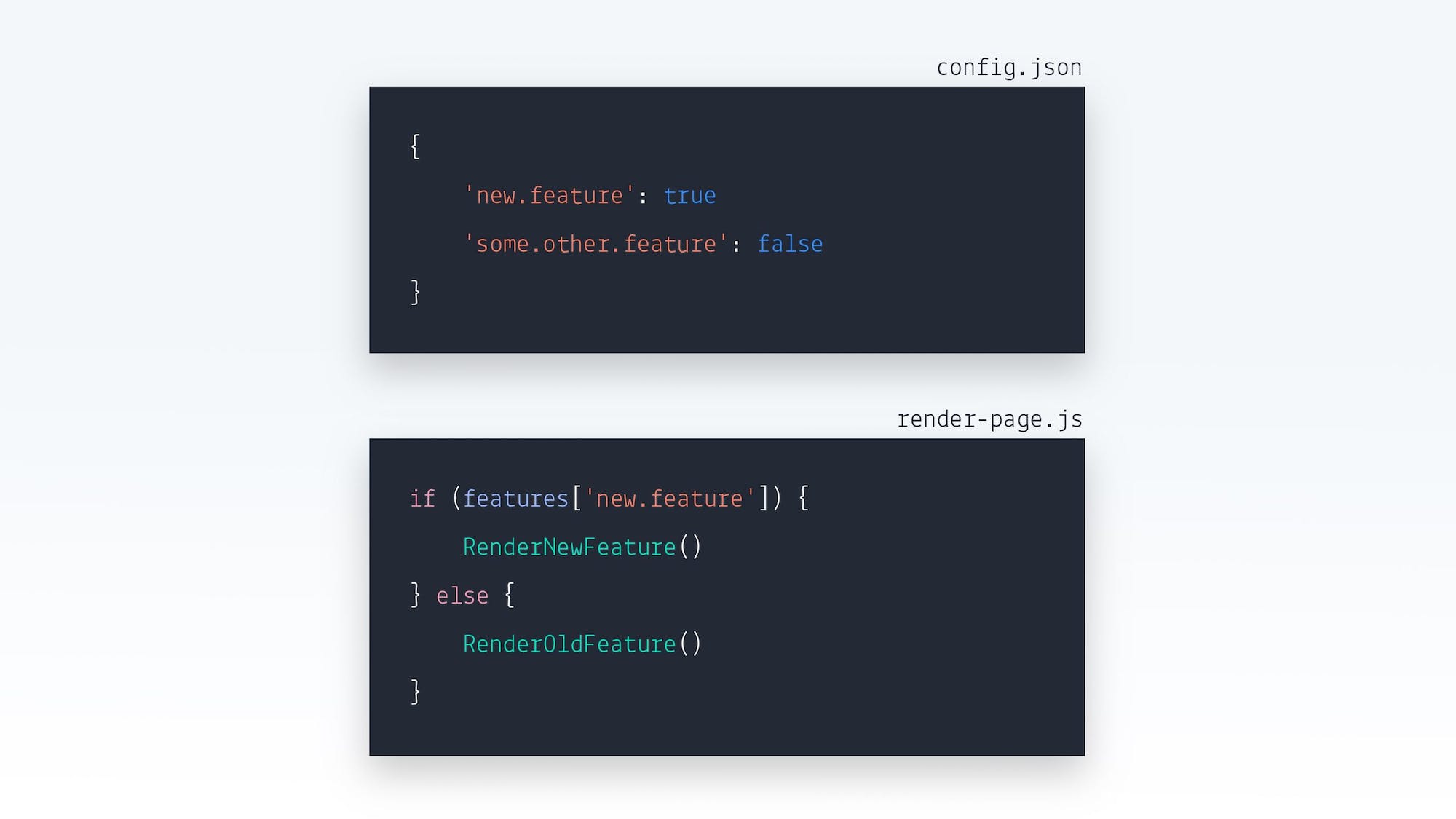 The who, what, where, when, and why of feature flagging

When getting started with a new concept, you may have lots of questions. This article will cover:

A feature flag is a software development process used to enable or disable functionality remotely without deploying code. New features can be deployed without making them visible to users. Feature flags help decouple deployment from release letting you manage the full lifecycle of a feature.

Feature flags go by many names:

Whatever their name, the purpose is to use known information to control how code works. For example, if new features are made available to internal users for testing and feedback, a feature flag can control this access. Any employee logged into the application with a corporate email address will see the feature; other users do not.

Feature flags eliminate the need to maintain multiple feature branches within your source code. All code changes can be made to the primary branch, only when the feature is ready will it be enabled via the flag.

Feature flags aren’t just for engineering or development teams. Flags can be used by:

Feature management is commonly used at companies of all sizes and across all verticals looking to:

Through these delivery processes, teams develop a cadence for lean releases, where new code is wrapped in feature flags. Features are gradually rolled out to the user base to validate their integrity and minimize the risk to your platform and company.

Why use feature flags?

The Accelerate: State of DevOps Report outlines the characteristics of high performing organizations. Compared to low performing teams, high performing teams deploy code 46 times more frequently with a lead time from commit to deploy 2,555 times faster. Not only are they deploying code faster, they fail less frequently. High-performing teams have a lower change failure rate and recover from incidents faster. Part of what makes this possible is having the right systems and processes in place to support your teams.

Creating a CI/CD pipeline is necessary to increase the velocity of code deployments. CI/CD is about getting software delivered to end-users faster. To move quickly, you need safety measures in place. Feature flags are one of those safety measures. With feature flags, you can turn off a feature that performs unexpectedly in production without rolling back the code.

When to use feature flags

There are four main categories of when to use feature flags.

Using flags as part of your build or feature release process is one of the most common uses of feature flags. Release management includes early access programs, canary releases, and beta programs—anywhere you give specific users access to features before releasing the feature to everyone. Starting small and rolling out to larger groups over time helps you:

Feature flags can manage and control the behavior of a system toggling a feature on/off to minimize the impact of incidents. Using operational feature flags you can:

A large part of building and operating software is learning what works and what doesn’t. Experiments are one way of learning about our software, infrastructure, users, and systems. Experiments include concepts such asA/B testing, game days, or chaos experiments. They allow you to gain new knowledge. Using feature flags, you can test different configurations of a feature to validate or disprove gut feelings. Experiments provide concrete reporting and real world measurements to ensure that you are launching the best version of a feature that positively impacts company metrics.

In software, entitlement refers to the right to use services, products, or features. Entitlements define the features each user can access. Entitlements are sometimes referred to as paywalls, as features are only available to paid subscribers.
Feature flags, in the context of a feature management platform, can empower others in the organization to manage and control entitlements. This results in better customer experiences and greater operational efficiency.

Where feature flags make a difference

Looking for inspiration on where you can use feature flags? Check out these unique examples.

A restaurant chain deployed feature flags to switch between POS vendors if it crashed or became unavailable, thus minimizing lost revenue and unhappy customers when orders could not be processed and paid for.

At a SaaS company, assigning support tickets was often a manual process. Feature flags were used to determine the capacity of technical support engineers and leads. The engineer with the most capacity is assigned a ticket. Automating ownership based on capacity reduces the amount of time before a ticket is in the hands of a support engineer.

An automotive marketplace, when migrating from on-premises data centers to the cloud, needed to move data in small increments to check for errors. Feature flags helped them selectively route small percentages of traffic based on categories.

How are feature flags deployed?

How you choose to deploy feature flags depends on several factors including:

Based on the above options, your options for deploying feature flags start with using a configuration file. Config files can be used to store global application settings. If a single feature needs to be “on” or “off” for all users, putting it in a config file is a straightforward way to deploy.

If you have more than a couple of flags or you need more granular controls, you may opt to deploy flags via a database. When you manage flags from a database, features can be targeted to individual users. You also can make modifications to user targeting without having to restart or re-deploy services.

Why use LaunchDarkly for feature flags?

LaunchDarkly offers a feature management platform as a service designed for the entire organization. We believe the effective use of feature flags is an organization-wide endeavor, not something limited to a few developers. All teams across the organization can benefit from the use of feature flags. LaunchDarkly grows with you as your feature flagging practice expands from a single flag deployed by a single developer to team-wide use, to delegating control of flags to other teams to meet their use cases.

Request a demo of the LaunchDarkly feature management platform or start a free trial.

Request a demo of the LaunchDarkly feature management platform or start a free trial.